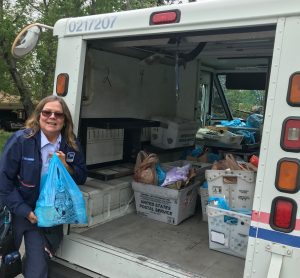 Thanks to members of the National Association of Letter Carriers, employees of the City of Arvada, volunteers and residents of Arvada and Wheat Ridge for donating, collecting and sorting 79,934 pounds of non-perishable food during the May 12, 2018 Stamp Out Hunger Food Drive. Since 1991, the NALC and the Stamp Out Hunger Food drive has provided a critical partnership with food banks throughout the country as they start running out of donations received during the Thanksgiving and Christmas holiday periods.